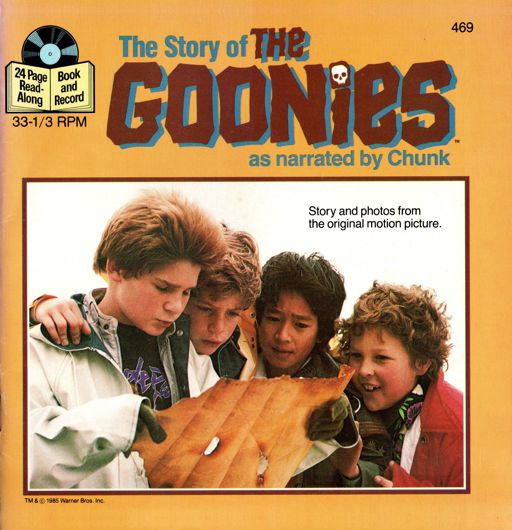 Heyyyy you guyyyys! It’s time to do the Truffle Shuffle. I could quote a million lines for this one. It’s Goonies! I love this movie and I love this read-along. It’s narrated by Chunk, much like how E.T. is narrated by Gertie. I don’t think anyone else is the real movie actor, but Data sounds very close. I thought this read-along might have ended up with one of the infamous cut scenes, since sometimes tie-in items are made before a movie is completely edited, but thankfully that big orange octopus is nowhere to be found.

Side note, I noticed this one is actually called The Story of the Goonies. Tron and the Love Bug are also titled that way with The Story Of.