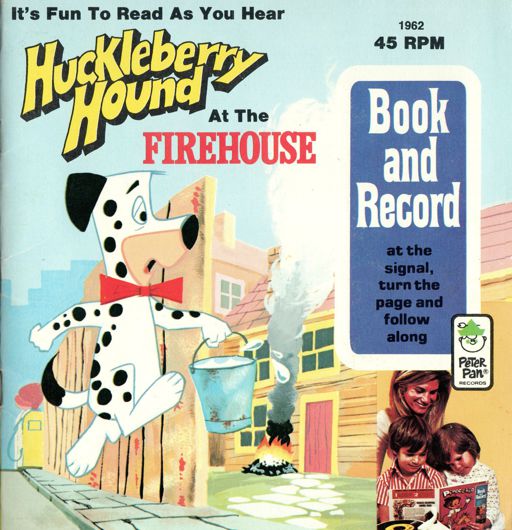 A hooooound dog howdy to you! I’ve got a Huckleberry Hound read-along for you today. Like the Yogi Bear one, it doesn’t have much in the way of voices, but it’s a nice book, and I always like the relaxed attitude of Huck. His pursuit of jobs reminds me of Donald Duck comics, but Huck’s attitude is the exact opposite of poor tightly wound Donald, even when the end results are a disaster. I’d like to see a Snagglepuss read-along with a lot of exiting stage left even, but as far as I know, one doesn’t exist. Heavens to Mergatroyd!