There be whales here! 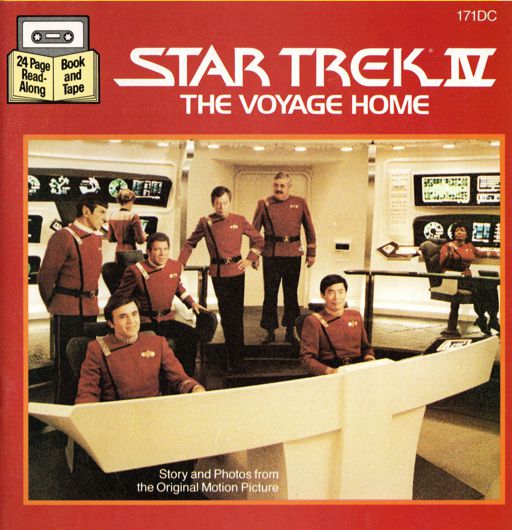 After a couple of animated ones, I thought it was time for a live action read-along, so here’s Star Trek IV: The Voyage Home. I could have started with The Motion Picture and Search for Spock, but this movie is the one that introduced me to Star Trek. I came across the novelization in my school library, and I started reading it each lunch hour. Then I happened across a used VHS at The Bay (of all places, The Bay? I don’t think they’ve ever sold movies since that one time). Anyway, I loved it, and I watched it so many times that summer, and kept quoting from it.

Funny thing in this read-along, I noticed that there’s a photo on page 8 where they’re supposed to be going back in time to 21st century San Francisco, but the photo is actually from when they go back to the 23rd century, because Chekov is wearing the medical scrubs. The voice acting is good in this; I like the guy doing the Kirk intonations.