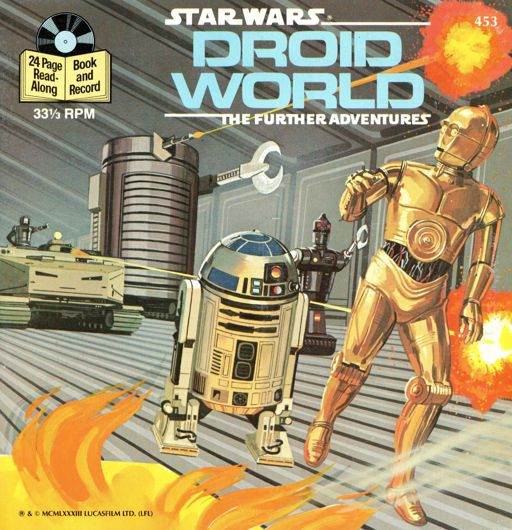 I probably should have saved Bedknobs & Broomsticks for Easter since it has the white rabbit, or done Star Wars Planet of the Hoojibs because Hoojibs are rabbity things, but I never thought of that until just now. But we get Droid World! Threepio and Artoo were my favourite characters when I was four or five, so I would have loved this if I’d had it then. It reminds me of The Black Hole, with a guy surrounded by droids and robots, and one of them is red. Funny thing I noticed is that Threepio is really flexible in this book, and I don’t mean his personality. That image on the inside cover, he’s really crouching, and same on page 3 when he’s holding Artoo. In the movies, he’s far stiffer. Good oil bath and some yoga I guess (also, I just typed yoda instead of yoga by mistake).